All the contents are available in PDF as well as videos format free to use. We have updated all the contents as per the latest CBSE Syllabus 2022-2023. Class XII NCERT Textbook Maths exercise 13.1 solution is also given here in the format of videos.

Many experiments are bizarre in nature. For example, a tossed coin shows a ‘head’ or ‘tail’, a manufactured item may be ‘defective’ or ‘non-defective’, a question may be answered ‘yes’ or ‘no’, An egg is ‘hatched’ or ‘not hatched’, the decision is ‘yes’ or ‘no’, etc. In such cases, one of the outcomes is called ‘success’ and the other is ‘no success’ or ‘failure’. For example, when a coin flattens, if the presence of the head is considered a success, the presence of the tail is a failure. 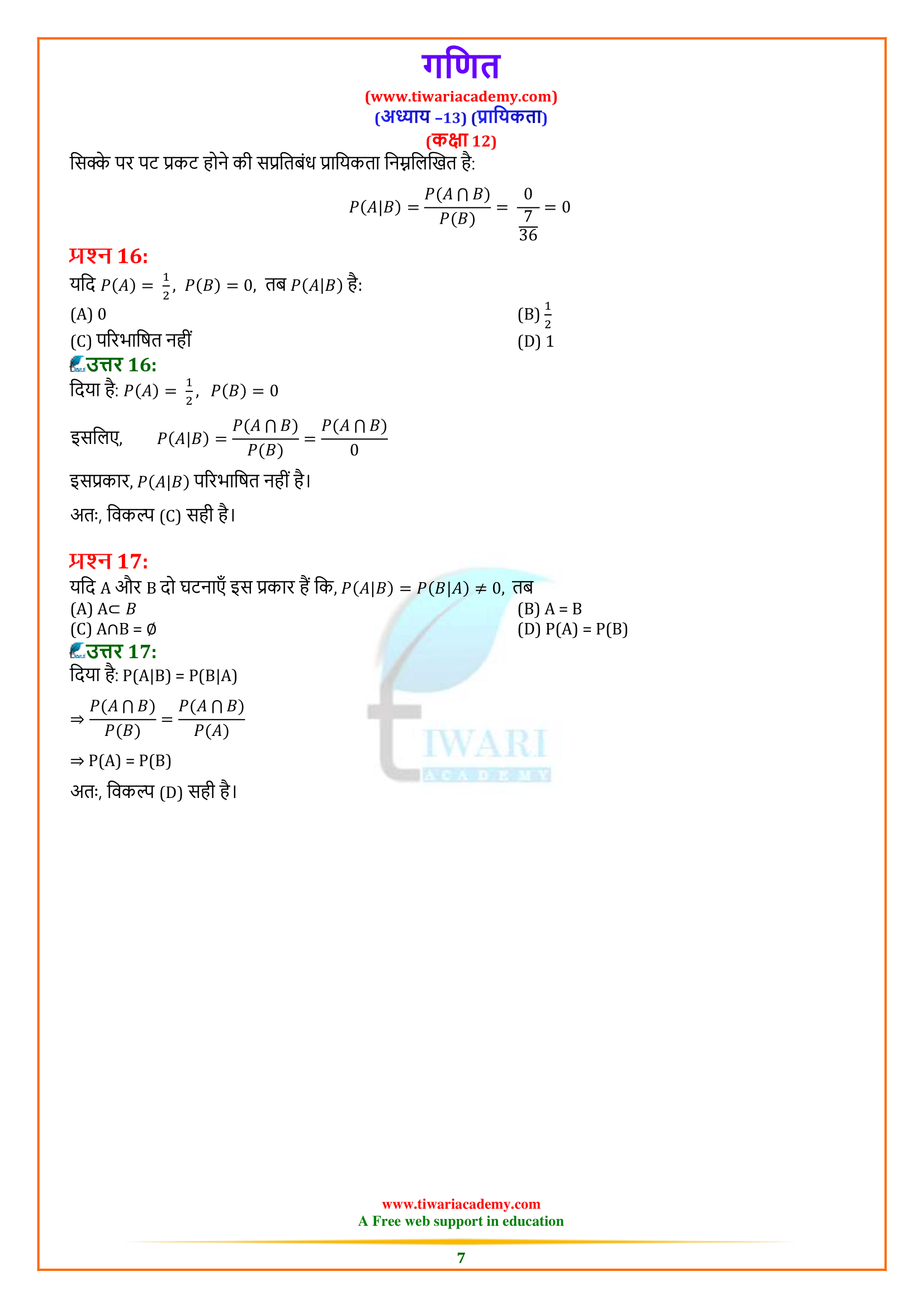