At, In, On
1. I live at Aurangabad
2. My uncle lives in Delhi.
3. The poor man is on the verge of starvation.
In, Within, Before: In denotes at the end of a period of time; within denotes before the expiry of the period of time before is used for a point of time as,
1. I will return in a month.
2. I will return within a month.
3. I will do it before May next.

After, Behind: “After” generally refers to time; while “Behind” refers to place as, The boy came after 10 O’clock and stood behind the school building.
By, With: “By” is used after verbs in the Passive Voice to express the agent or the doer. “With” denotes the instrument with which the action is done as, The tiger was killed by the hunter with a gun.

Since, For, From: Since is used for “point of time”, while for is used for “period of time”, “From” is used for a point of time as,
1. I have not seen him since last Monday.
2. She has been ill for three months.
3. Men work from morning till evening.
In, Into: “In” denotes “rest within”, while “into” denotes “motion inwards” as,
1. Mother is in the room.
2. She went into the temple.
On, Upon, Over, Above: “On” shows rest and denotes contact of the surface “Upon” shows movement as,

Between, Among:- “Between” is used with two persons or things, “Among” is used with more than two as,
1. She divided her property between her two daughters.
2. The Rajputs quarreled among themselves.
Beside, Besides:- “Beside” means by the side of while “Besides” means in addition to as,
1. She came and sat beside me.
2. Besides being fined, he was punished.
About (nearness of some kind):
1. What do you know about her?
2. Tell me all about it.

Errors in the Use of Prepositions

Over means as a higher position 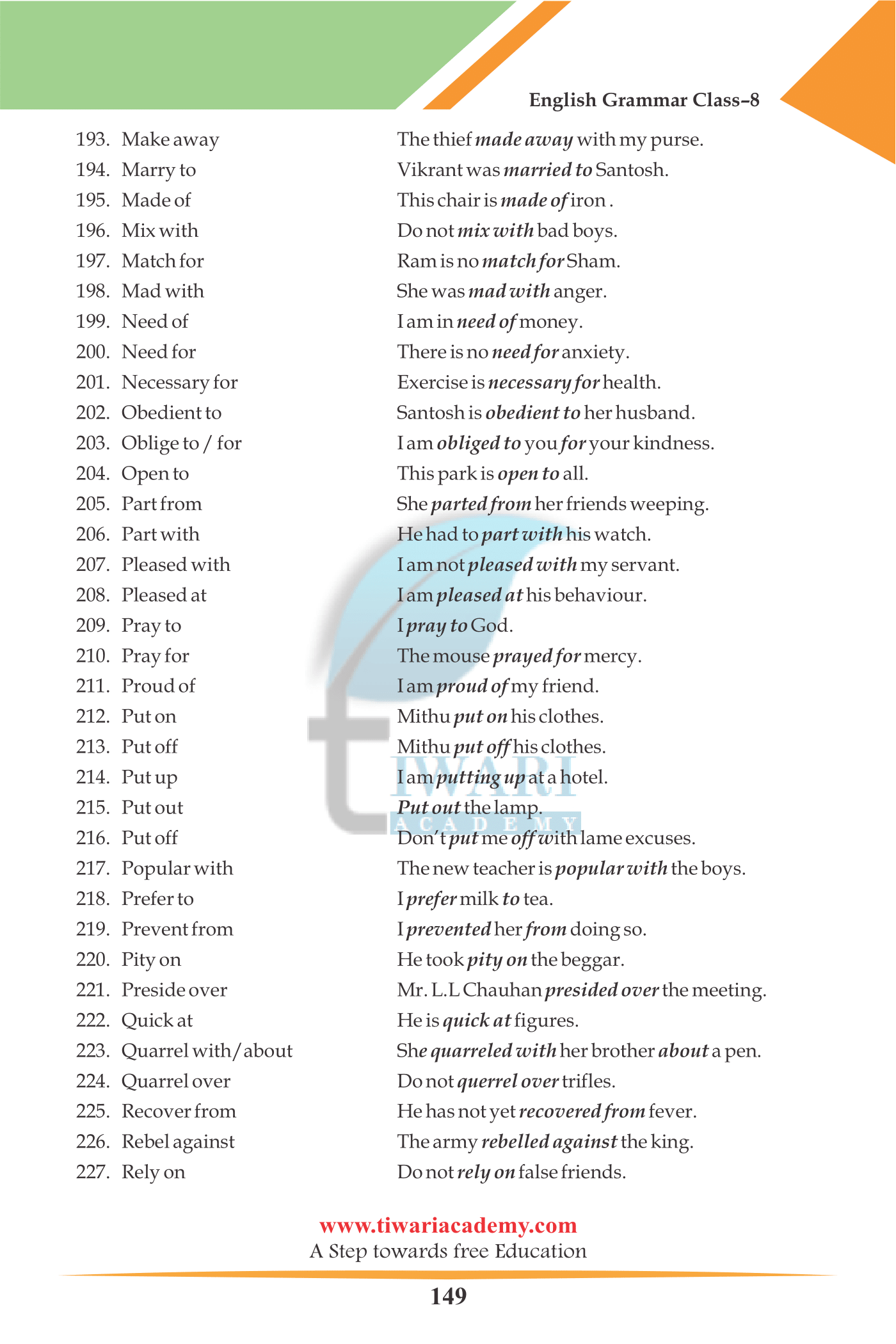