Class 8 English Grammar Chapter 6 The Verb. The Verb is a word that expresses an action, a feeling, possession, state of being or existence. It tells about the Subject something. For example, The dog barks (action), Mayank flies a kite (action), I feel sorry (feeling), I have a goat (possession). There are three classes of verbs in English, Ordinary Verbs, Auxiliaries and Verbs of incomplete Predication.

Transitive Verbs
A Transitive Verb is one which has an Object as,
1. I write a letter.
2. They like sweets.
3. He beat Amit.
4. The boys are making a noise.
5. I know him well.

An Intransitive Verb is one which has no object. It denotes an action which does not pass over to an object, or which expresses a state or being as,
1. The sun rose (action).
2. The baby sleeps (state)
3. There is a good smell in this flower. (being)
Intransitive Verbs Used Transitively
(a) Some Intransitive Verbs are followed by a noun which is similar in meaning to the Verb. It is called Cognate Object as, They have fought a good fight. (fight verb – fight noun).
(b) The following are examples of partially Cognate Objects as, He ran a great risk.
(c) When an Intransitive Verb is used in a Causative Sense, i.e. in the sense of causing a thing to be done, it becomes Transitive.

There are a few Intransitive Verbs in which the causal sense is indicated by a change of some vowel.

An Auxiliary Verb is a helping verb. It helps the Principal or Main Verb to form a Tense, Mood or Voice.
(i) Primary or Chief Auxiliary
(ii) Modal Auxiliary
(i) Primary/Chief/Main Auxiliaries: Be, have and do are Primary Auxiliaries. They can come alone and so they are called Chief Auxiliaries.
(ii) Modal Auxiliaries: do not change their form according to the number and person of their subject. They express the mode or manner of actions denoted by the Main Verb.
They also express ideas of ability, possibility, probability, permission, obligation, duty, necessity, certainty, habit in the past and present also.
They are: shall, will, should, would, can, could, may, might, must, need, dare, ought to and used to.

Conjugation of Verb: To conjugate a verb means to show its main parts i.e. the four forms of the verb – present, past, past participle and present participle.
On the basis of the manner in which verbs form their past, past participle and present
participle they are classified into three categories:
1. Weak Verbs
2. Strong Verbs
3. Mixed verbs
List of Weak Verbs: The method of adding “d”, “ed” or “t” to the present form is not uniform. Some verbs add “d”, “ed” or “t” without any other change. 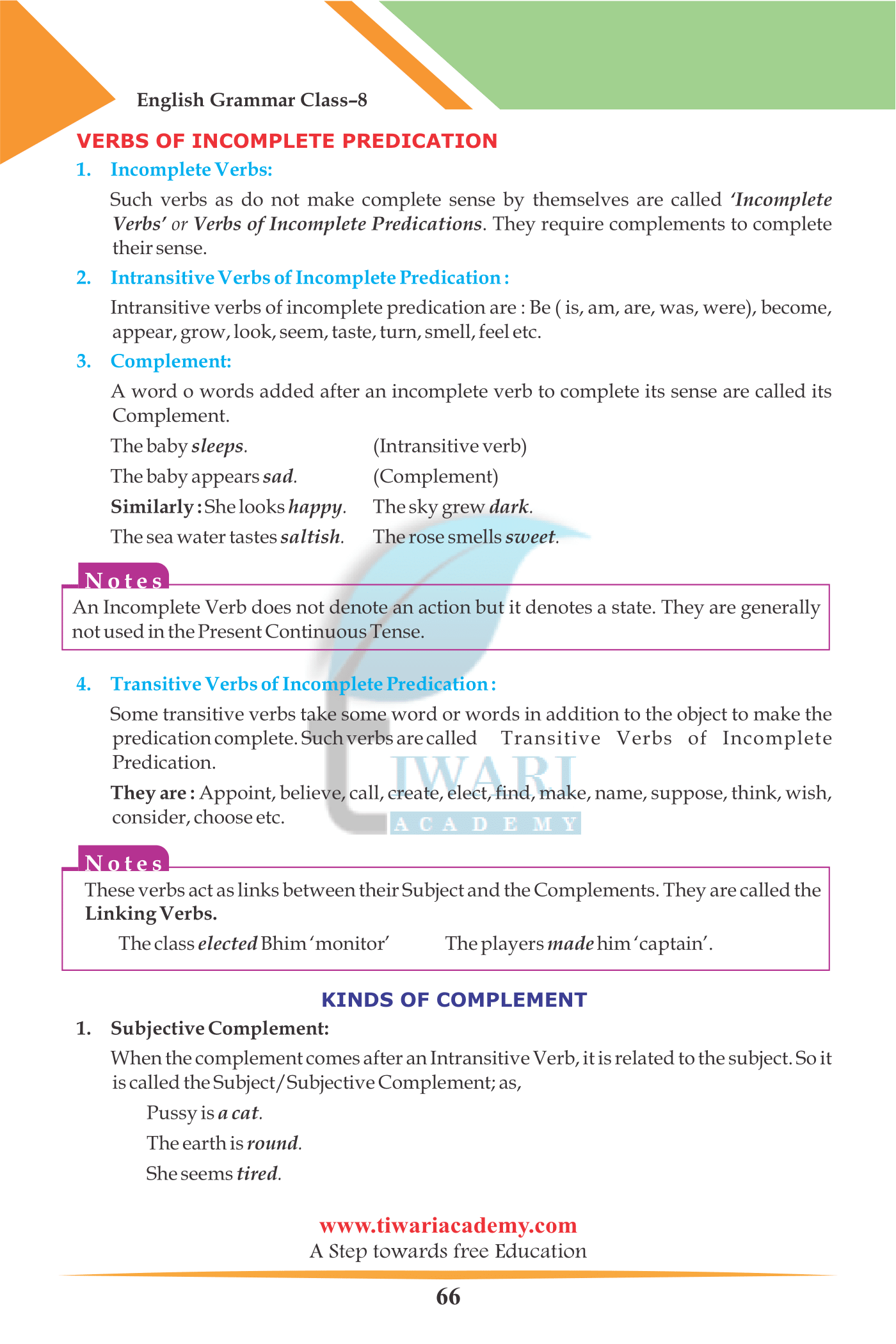